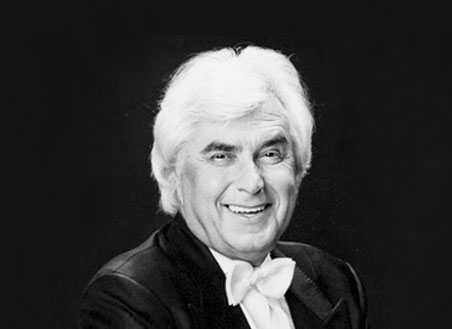 Dimitri Kitaenko is one of the great conductors of our time. He conducts the prestigious orchestras from Europe, America and Asia. Honorary conductor of the Cologne Gurzenich Orchestra since 2009, his collaboration with the orchestra has spanned decades and produced outstanding CD recordings. Their complete recording of Shostakovich's symphonies received prestigious awards and their Prokofiev cycle was enthusiastically received. Their Tchaikovsky cycle was concluded at the beginning of 2014 with the Seventh Symphony and the Third Piano Concerto and is already regarded as a benchmark recording. This most successful artistic collaboration continues with a Rachmaninoff CD cycle. Dimitri Kitaenko and the Gurzenich Orchestra will furthermore soon release Tchaikovsky's one-act opera "Iolanta". Kitaenko  has released countless CDs with a range of orchestras, including the Moscow Philharmonic Orchestra, the Frankfurt Radio Symphony Orchestra, the Bergen Philharmonic Orchestra and the Danish National Orchestra.