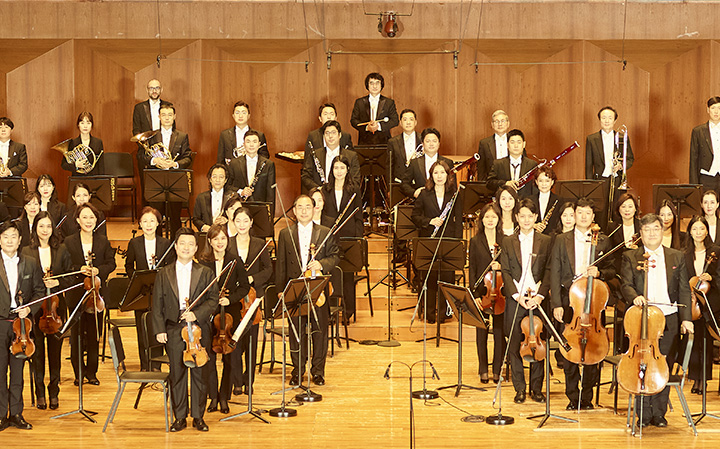 The renowned KBS Symphony Orchestra was founded in 1956, and throughout its long history has become the representative orchestra in Korea.

Initially, it was classed as an orchestra attached to a Korean public broadcasting company, KBS (Korean Broadcasting System), before later being transferred to the Ministry of Culture, Sports and Tourism and the National Symphony Orchestra, before returning once more to KBS. However, the KBS Symphony Orchestra was reestablished in 2012 as a foundational corporation in the form of professional arts management that was meant to soar beyond the limits of the broadcasting symphony orchestra and expand its boundaries in classical music and was revitalized to incorporate the current outlook with an independent and autonomous management system.

Former music directors of the orchestra include the first chief conductor Lim Wonsik who was succeeded by some of the world’s top conductors, such as Hong Yeontaek, Won Kyung-soo, Othmar Maga, Chung Myung-Whun, and Dmitry Kitaenko, and Yoel Levi.

The KBS Symphony Orchestra has been incredibly received by a wide range of audiences due to the diversity of its thrilling repertoires from symphony to chamber music. Audience levels have reached more than a hundred thousand and have been able to enjoy over a hundred performances every year, including regular concerts, which have presented inspiring high-quality performances by the best conductors and soloists in Korea and the world, such as Paik Kun-woo, Chung Myung-Whun, and Cho Sung-jin. During each season, a number of themes are presented through invitational and project concerts, and in addition to those, outreach concerts are performed for people who are neglected culturally and are unable to form any relationship with classical music.

Overseas Performance
The orchestra has been writing a new chapter for culture and art exchange by performing in many countries around the world. 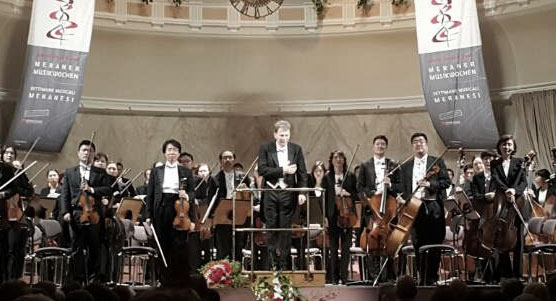 After finishing its first ever overseas performance, which was the Southeast Concert Tour in February 1958, the orchestra has been writing a new chapter for culture and art exchange by performing in many countries around the world, including the United States of America, Japan, Europe, China, etc. Also the orchestra performed special exchange concert with North Korean orchestra in 2000 and 2002. This collaboration concert opened the cultural exchange opportunity between North and South Korea
The Orchestra plays over 100 concerts a year in addition to the main subsc[XSS_DECRE]ription concerts, Young People’s Concerts, K-Lover outreach concerts, and various special-themed and corporate concerts fill its calendar. The roster of artists who have performed with the Orchestra includes preeminent musical personalities such as Kun-Woo Paik, Sungjin Cho, Sarah Chang, Gil Shaham, Myung-wha Chung, Mischa Maisky, and Fabio Luisi. In 2018, the Orchestra issued the live performance album with the globally leading classic music label Deutsche Grammophon. Internationally, planned a concert tour to Czech and Slovakia for the 100th Anniversary of the founding of the nation, a concert tour the 30th anniversary of Koreas diplomatic ties with Poland, and special concert at the Golden Hall of Vienna. And at the same time, the Orchestra has sought popular and audience-friendly concert such as Yeosu Music Festival, the Cherry Blossom Festival Concert, and the Concert for Office Workers, etc. In 2019, KBS Symphony Orchestra will stay committed to reaching and inspiring audiences through musical excellence and variety events as Korea’s representative classical culture brand.